SINCE 160 years miracles have started happening on this planet, science has done a great job in terms of improving the living conditions of billions.  Since Darwin's book it is thought though that 'God does not exist'.

Wise, 'enlightened' people state we are part of something huge. Some of them use the term 'cosmic consciousness' as a way to describe their experience, which is the destiny for all humans. This seems similar to the suggestion that life is an adventure, a quest, it wants to be researched and lived to the full.

That we are more then our physical body, is a suggestion which is also presented in The Urantia Book. This book suggests what astronomers also state, after discovering worlds orbiting stars outside our solar system : we are one of many. The Urantia Book states our planet has a name, Urantia, and is one of many worlds where intelligent life is evolving. The book seems to be both interesting for scientific, religious people as well as for atheists. 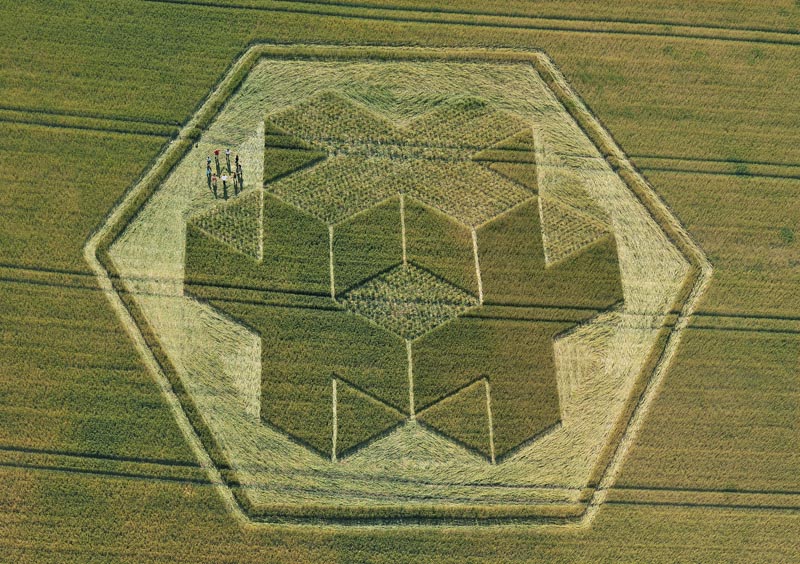 This website is about the suggestion that crop circles and The Urantia Book are interrelated. Just like the oldest stargalaxies of the universe, the ellipticals, seem to be intimately related to what we really are.

IN the nineties, thanks to the Hubble Space Telescope, not only the spirals, but also ellipticals have been filmed in completely new ways. Ellipticals are the oldest stargalaxies, and look like chandeliers.
In a way they strongly remind us of the crop formations, in terms of their beauty and shape.

Unfortunately though these pictures are not easy to find anymore. Why ?! In my presentation I'll elaborate on this.
In general things seems to evolve in a direction which is exciting and new. The great mystics of all ages have always told us that indeed we live in a fairy tale, in a way.  We just have to discover it.

One question which intrigues scientists is why ellipticals are only present in the direction of the center of the Milky Way, and not in the other direction.  The Urantia Book has an answer to this.